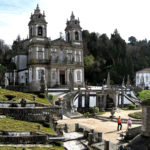 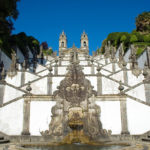 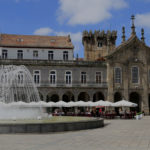 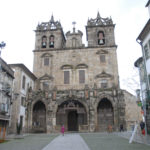 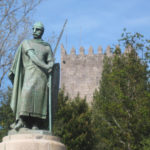 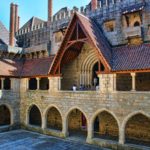 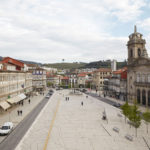 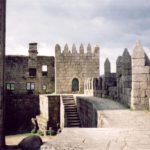 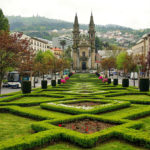 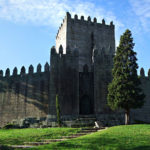 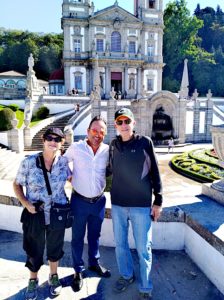 We leave the city of Porto in the morning toward to the city of Braga, once the city of Romans and later “city of archbishops,” Braga is one of the main religious centers of Portugal where strong predominance of the Baroque, we will discover its main places of worship particularly the famous Sanctuary of Bom Jesus and Sameiro its historic centre, its green landscapes and delighted with the typical flavors of this famous region the capital of Minho province. This city that has earned it the title of “Portuguese Rome. “

Finally we went to the Se Cathedral; a Gothic/Renaissance structure founded in 1070 including one of the three Gothic chapels, Capela dos Reis.

After a traditional lunch.

We went then to Guimarães considered the birthplace of Portugal, Guimarães offers us a magnificent historic centre classified World Heritage by UNESCO (2001), we will know the corners of the European capital city of the 2012 Culture, where you can appreciate the evolution a city of medieval origin that retains its authenticity today.

Here, you will visit the Guimarães Castle, the birthplace of Afonso Henriques, the first king of Portugal.

Afterwards, free time will be available to shop or explore the city center before returning Porto.

– Guiding service
– Transportation in a Private Luxury car or van, with air-conditioned and free Wi-Fi
– All insurance required by the Tourism of Portugal
– Bottled water.